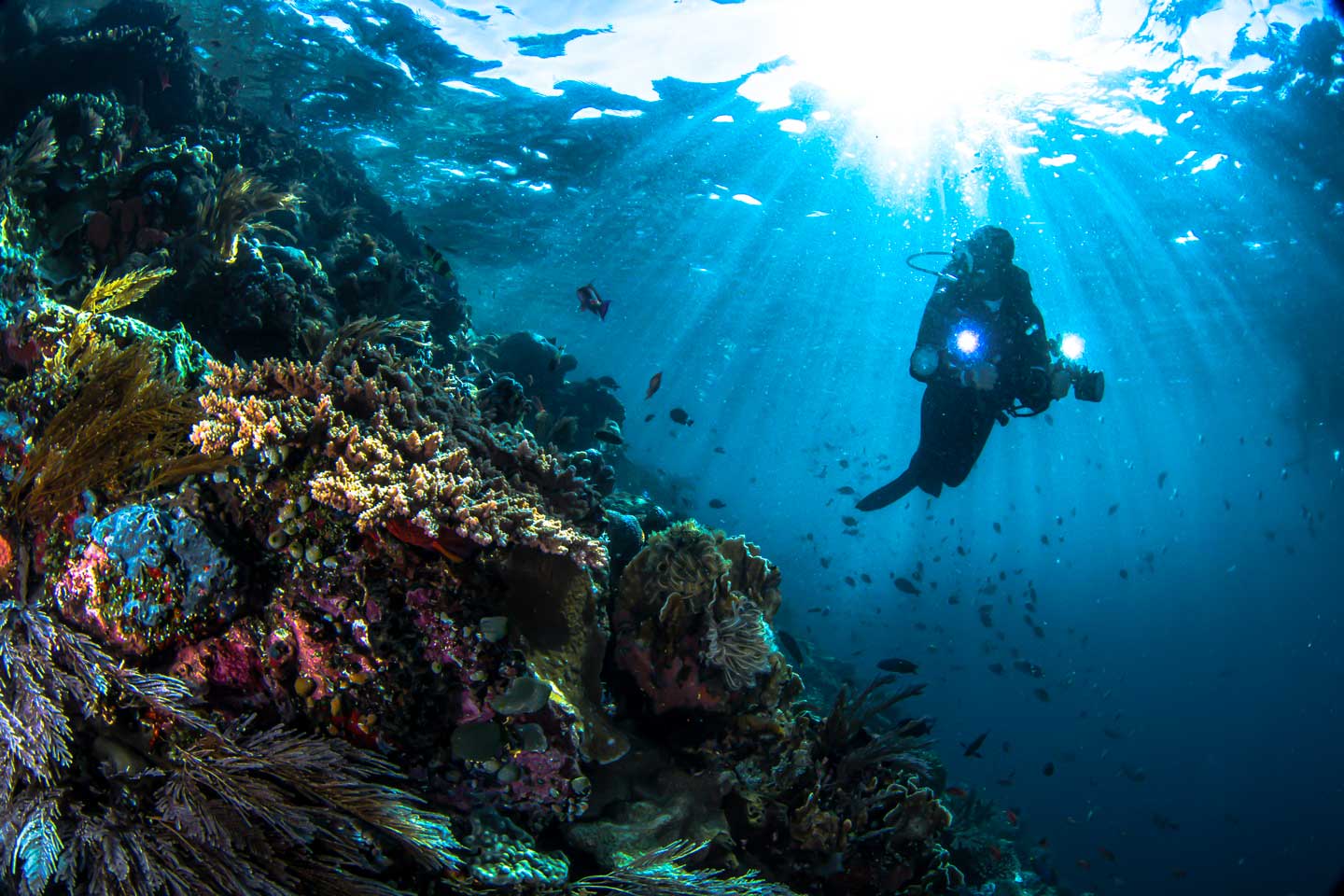 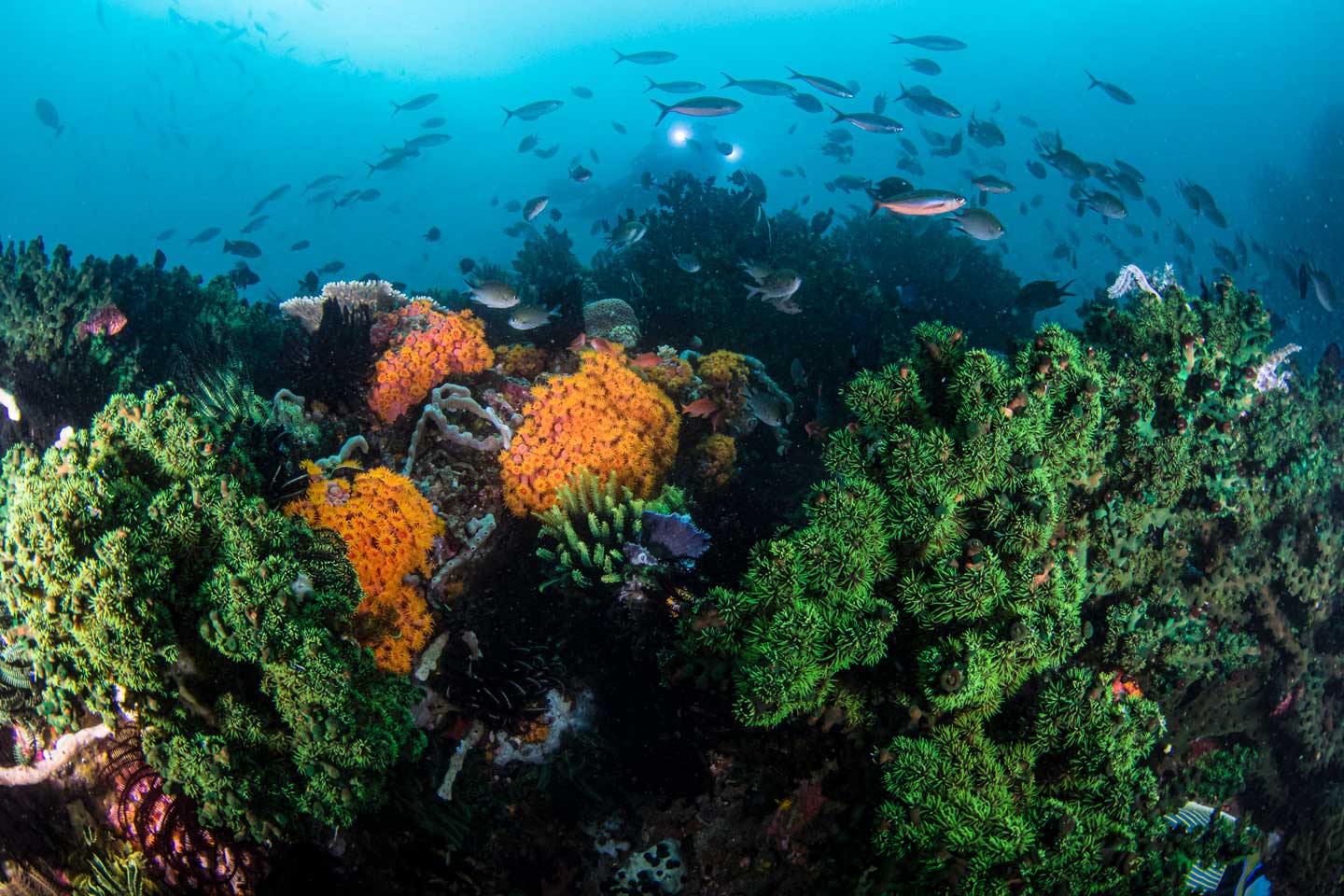 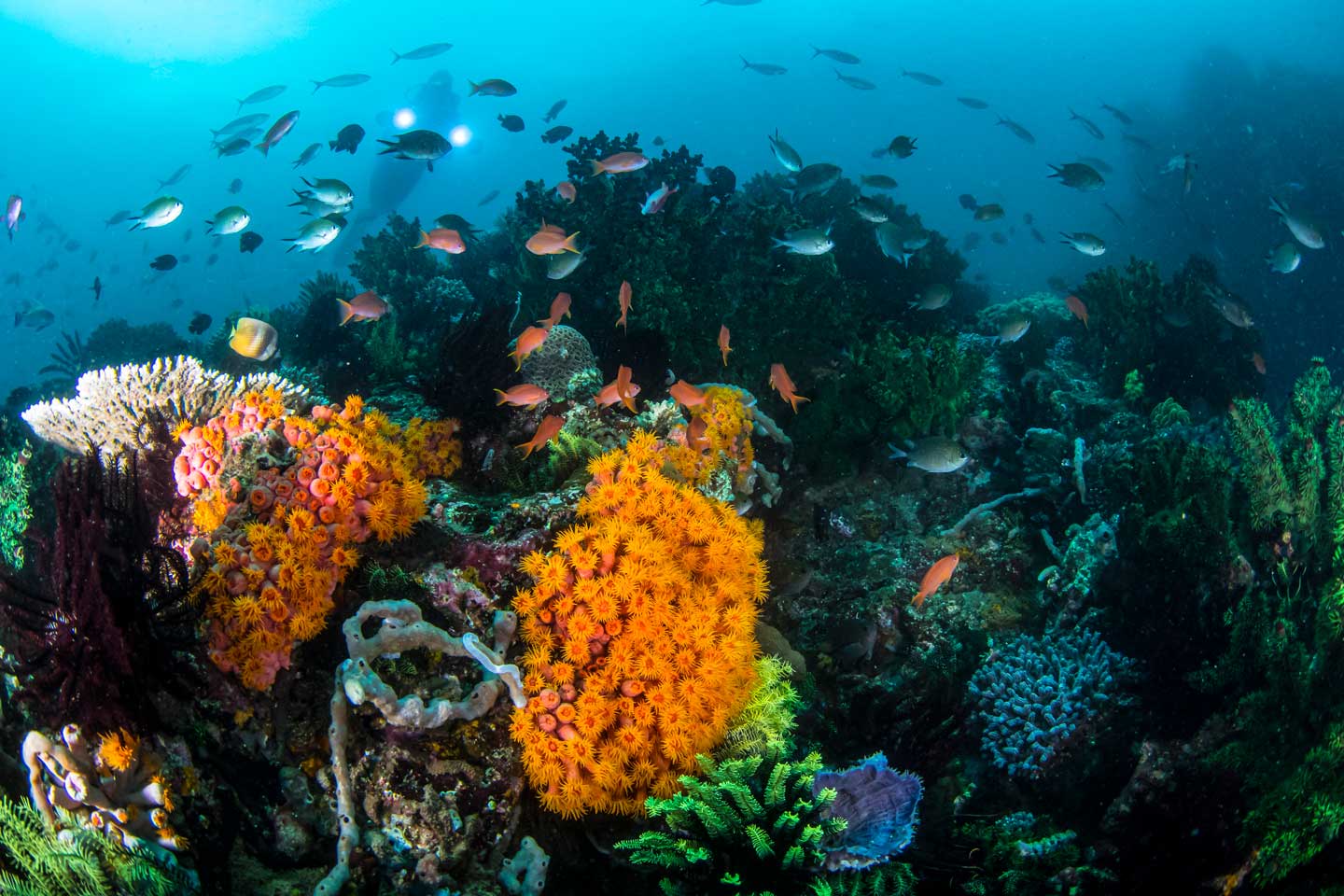 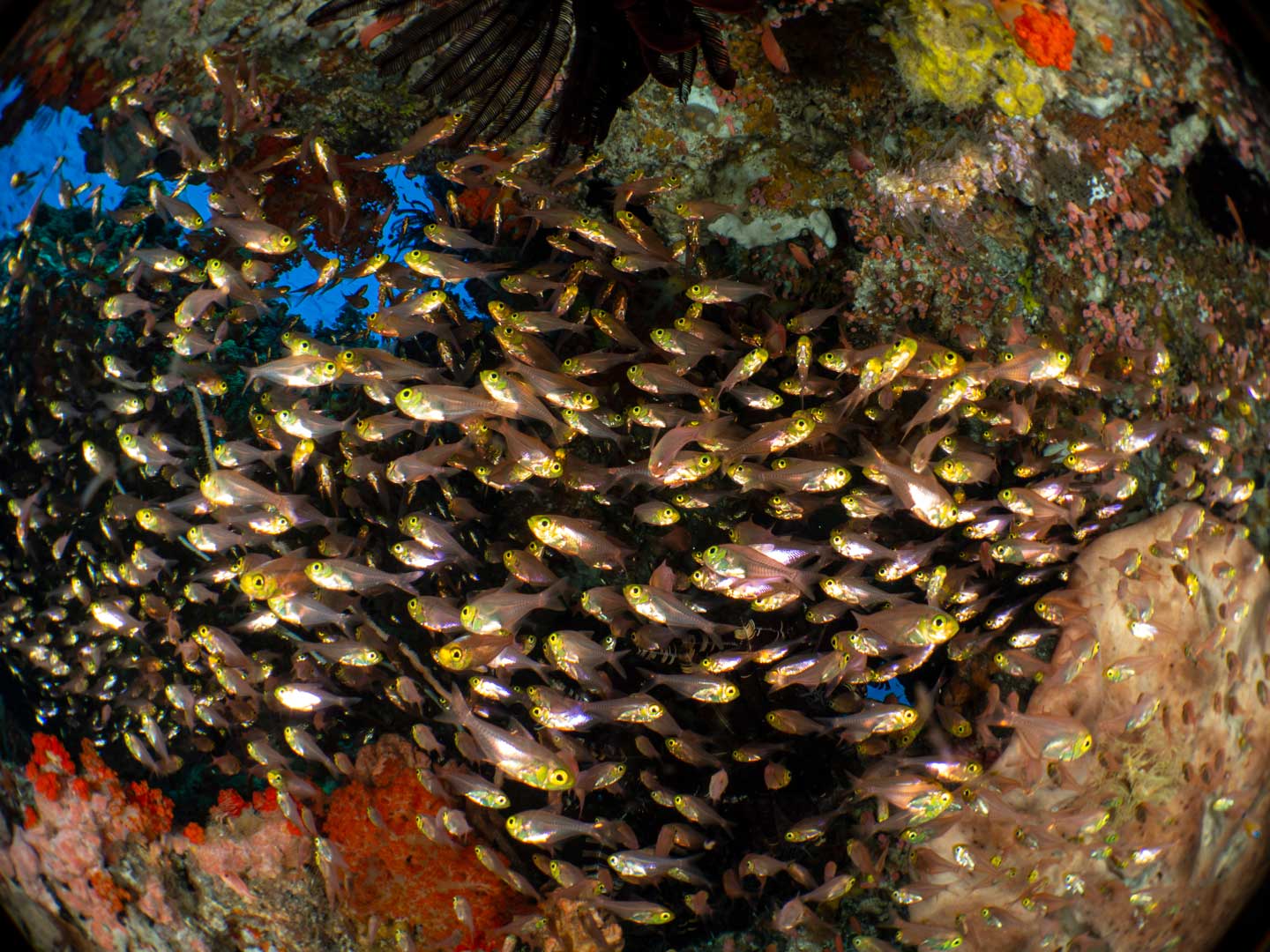 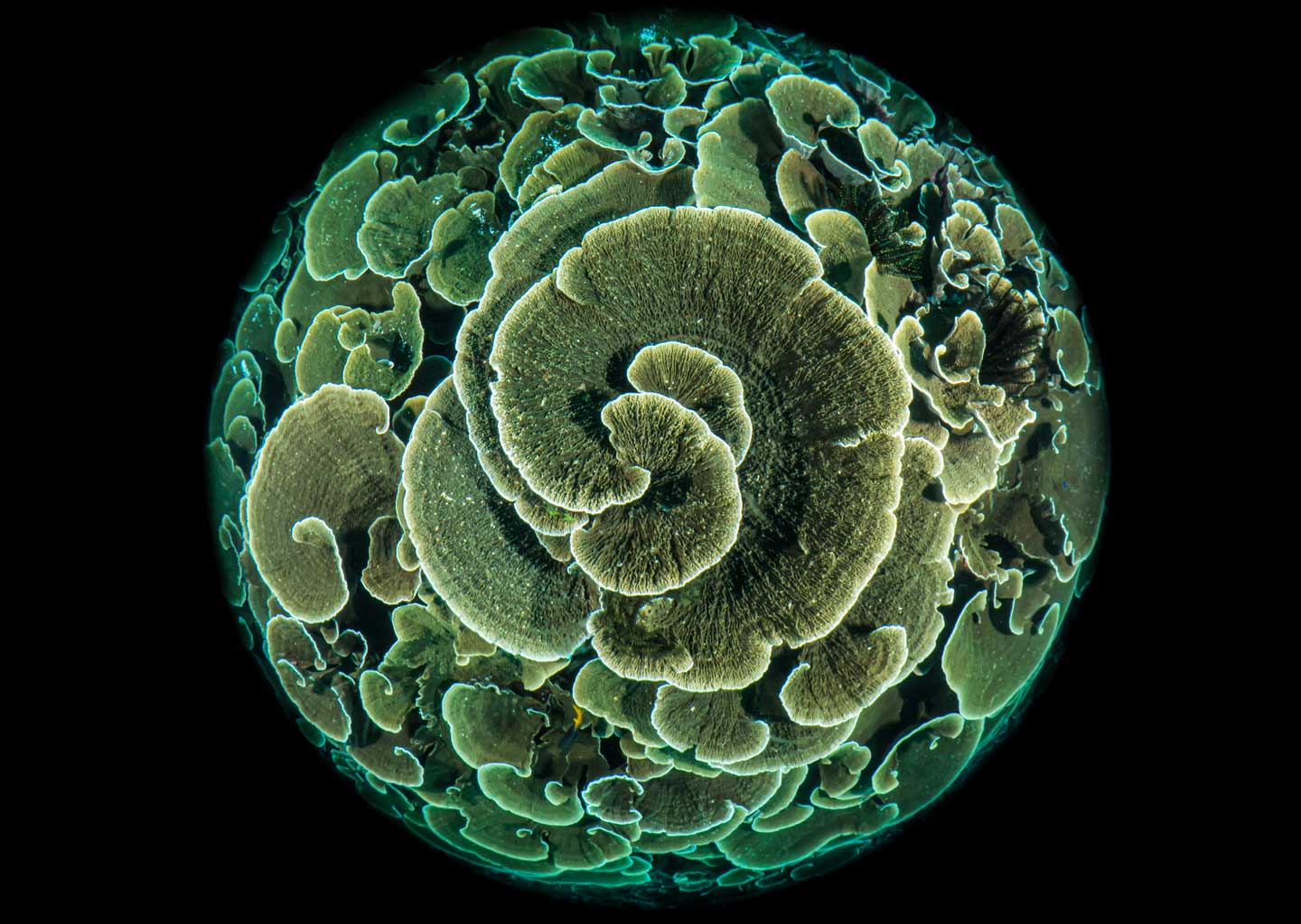 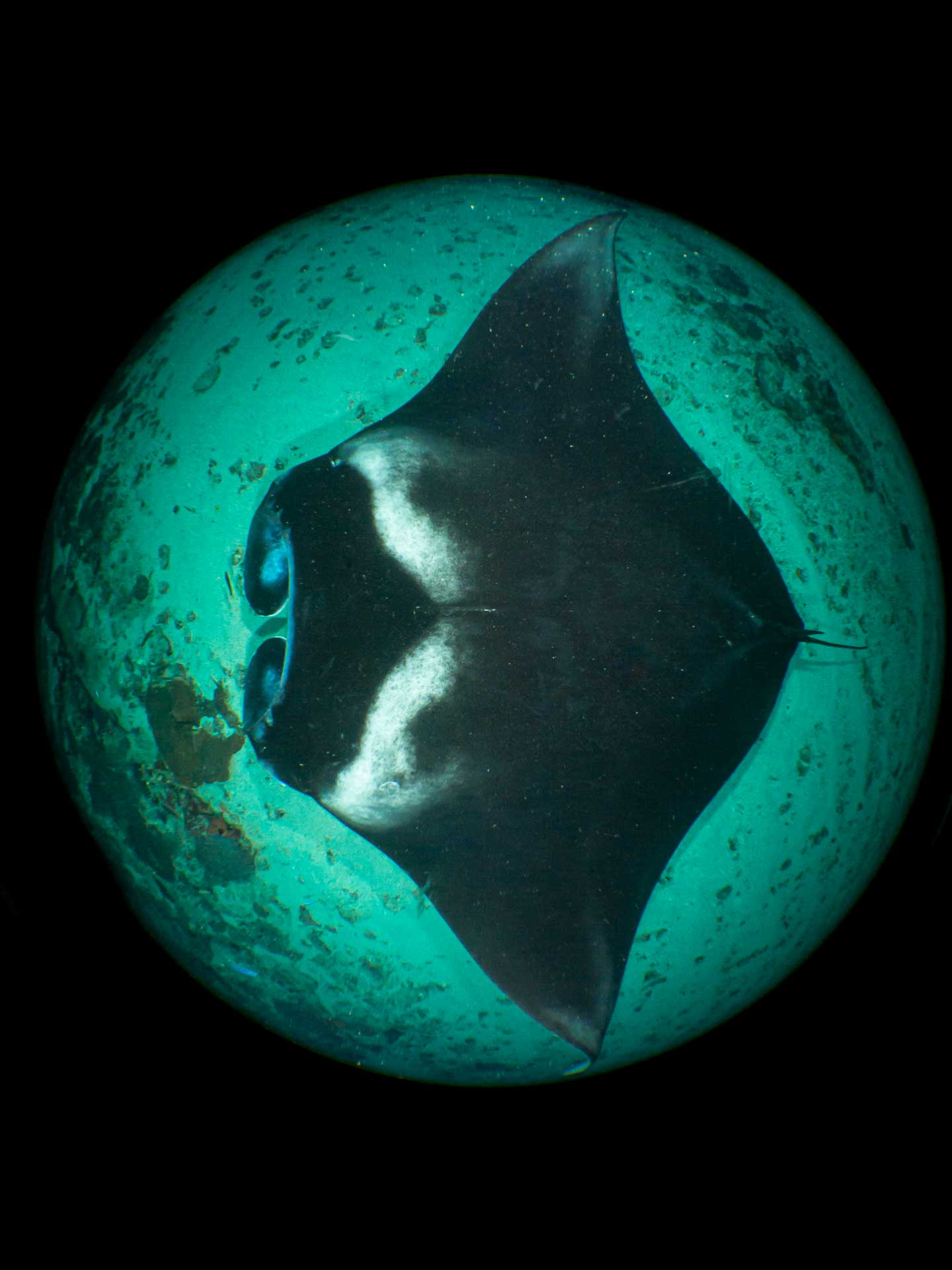 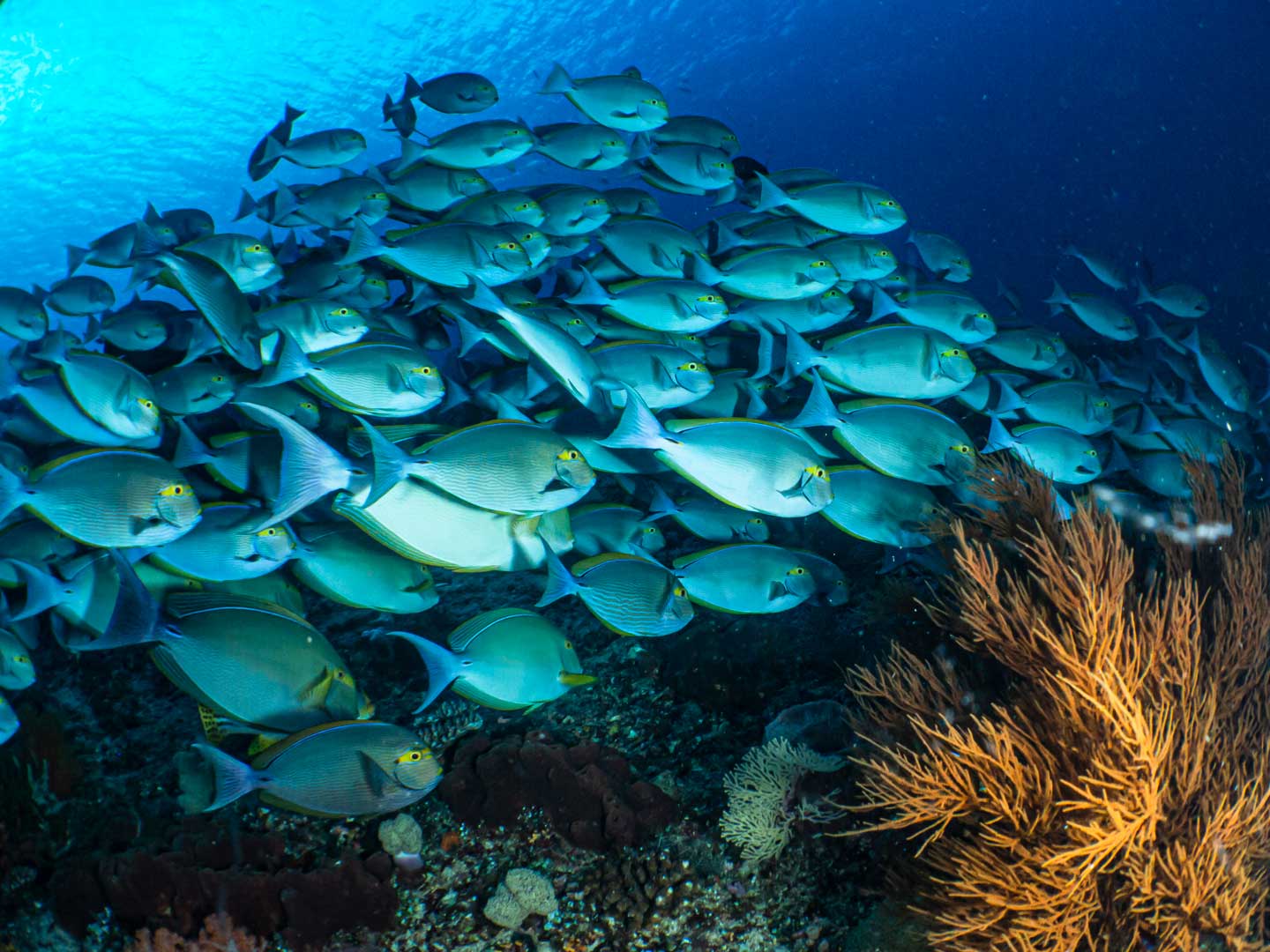 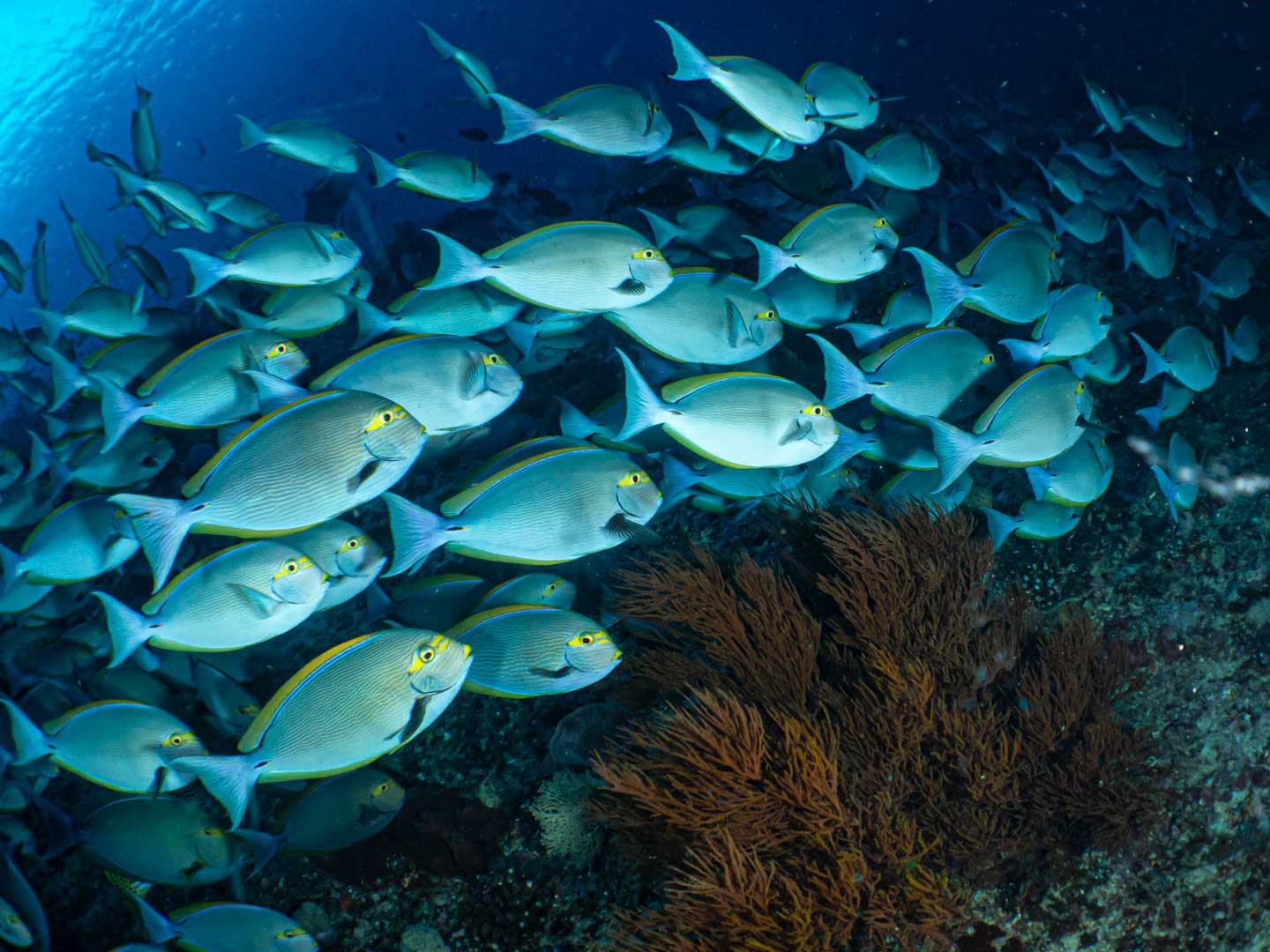 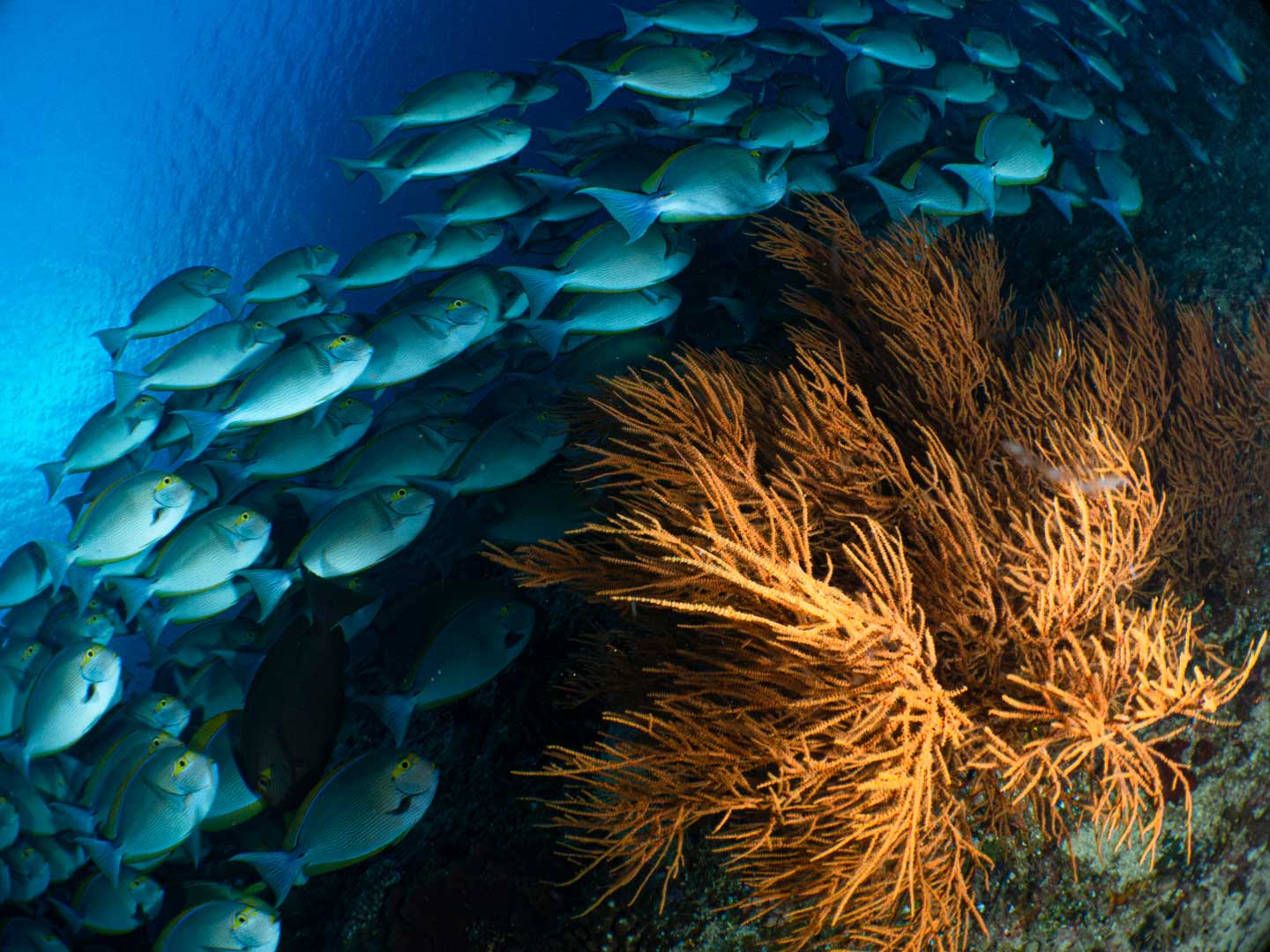 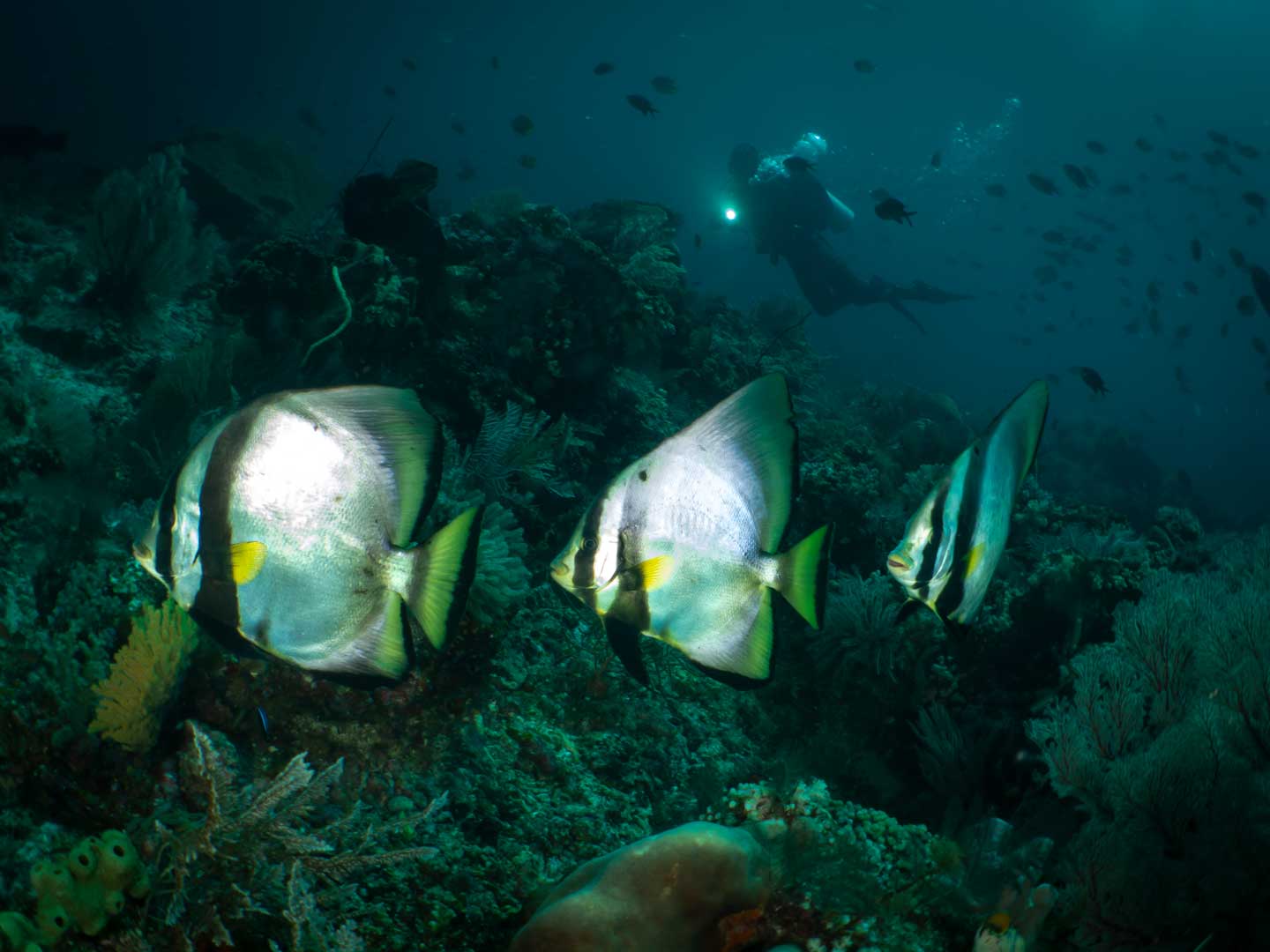 Home to the Komodo dragons, this UNESCO World Heritage Site has rich marine biodiversity beneath its rugged uninhabited islands. As a scuba diving destinations, it offers two distinct dive areas: North Komodo and South Komodo. Even though they are geographically close to one another, but the two are often world apart in terms of conditions. The north is generally warn and sparkling blue, as you might expect in such tropical latitude. In the south, however, upwelling currents deliver chilly, nutrient-rich waters from great depths, creating perfect conditions for plankton growth. Visibility often is not great, but most divers agree that the trade-off is well worthwhile, as this living planktonic “soup” supports an incredibly diverse and healthy marine life community.

Despite considerable differences in temperature and visibility, underwater terrain is quite similar between north and south Komodo. It typically consists of drop-offs, pinnacles, fringing reefs, and shallow coral gardens. Divers returning from Komodo generally have great stories of mantas, lots of schooling fish, reef sharks, turtles and a cornucopia of macro subjects.

Best season for Komodo is generally split into two; North Komodo from March to October and South Komodo from November to December. It is usually rough during the Chinese New Year. However as there are many protective bays inside the Park, we still operate. 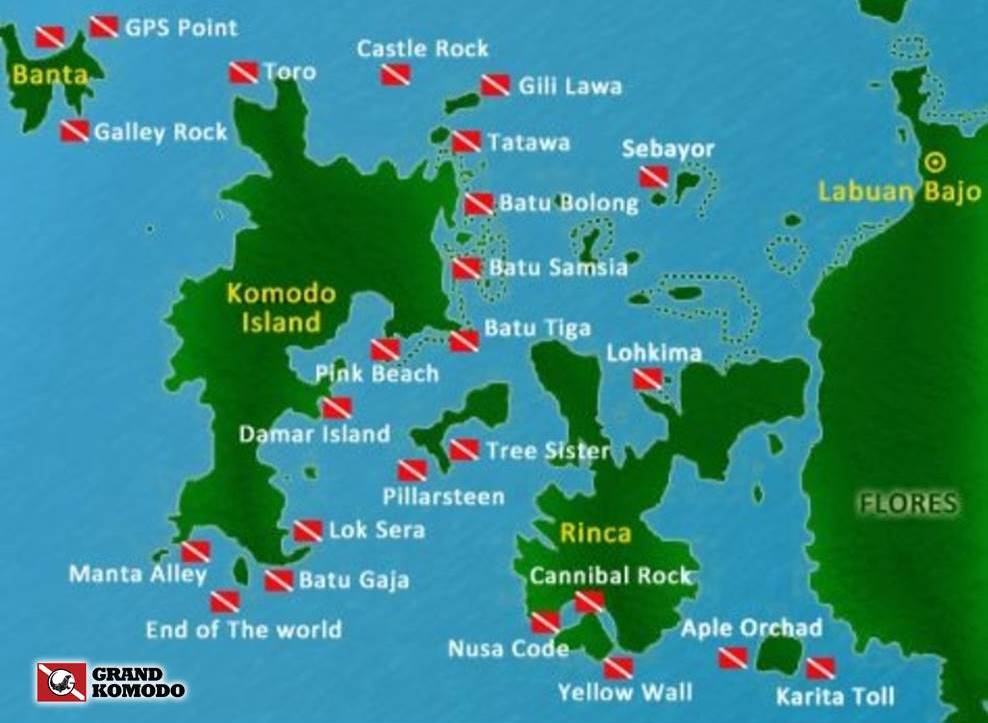 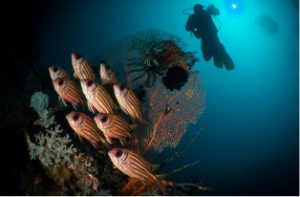 Located off the northwestern tip of West Papua, Raja Ampat is in the heart of the Coral Triangle. It is an archipelago of over 1500 small islands and reefs surrounding the four main islands of Waigeo, Batanta, Salawati in the north and 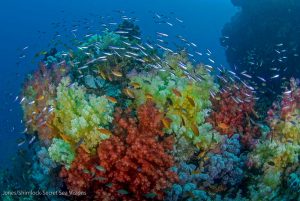 Located at the heart of the Kaimana Marine Protected Area in West Papua, Triton Bay is the final frontier of diving in Indonesia. The region was first surveyed in 2006 and is still being explored today, with new dive sites located every 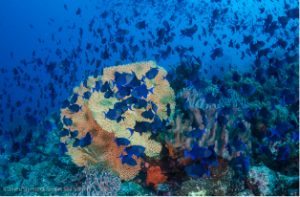 A small archipelago of 10 islands, off the south of Ambon, in the province of Maluku.Also called the “spice islands” due to strong culture of nutmeg and cloves. Along these volcanic islands, the drop-offs are impressive, 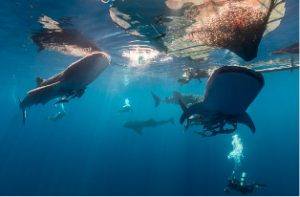 The immense of Cendrawasih Bay is home to Indonesia’s  largest marine park and is the only place in the world where it is possible to see such a large number of whale sharks and with such ease, 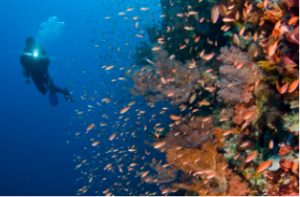 Remote in the east far-flung tip of the Sundas islands, the diving in Alor is packed with a promise of unspoiled underwater adventure.